Being a cannabis influencer on social apps like Instagram and YouTube can be lucrative. But creators say their accounts often get shut down by both tech platforms.

Business Insider spoke with three cannabis influencers who said they charge anywhere from $300 to $1,500 for a sponsored post.

Anjela G. didn’t plan on becoming a cannabis influencer. She discovered the potential for marijuana fame three years ago when she uploaded a photograph of herself holding a bong that was reposted by a bunch of cannabis meme pages. Anjela, who asked that her last name not be published for privacy reasons, then began posting skits and funny videos that helped her build an audience of hundreds of thousands of followers on social media.
“It started with pictures and taking bong rips,” she said. “I really just found a way to connect with so many people all over the world.”

“Instagram deleted me seven times in 12 months,” she said. “I never really heard from them about why my account went down. I really don’t think I’m doing anything wrong, and then you wake up and your page is gone and you don’t know for how long.”

Anjela isn’t alone in facing uncertainty and confusion about the longevity of cannabis-themed accounts. Business Insider spoke with three other popular cannabis creators who all said their accounts had been shut down at various points by platforms like Instagram and YouTube.

Social-media platforms are navigating shifting laws and public opinion when it comes to cannabis content Instagram and YouTube are still determining how to moderate cannabis content at a time when their users live across state and national borders where marijuana is subject to a wide variety of laws and regulations.

A creator who lives in California or Canada — where cannabis is available to adults for recreational use — can share content with a viewer in South Dakota or Sweden, where the plant remains illegal. Confusion on where to draw the line on what is and isn’t acceptable content may explain why creators like Anjela see their accounts intermittently shutdown for content violations and then restored.

Marijuana remains federally illegal in the US, but 11 states have legalized cannabis for recreational use. The Food and Drug Administration and Federal Trade Commission have recently been cracking down on how sellers of CBD, the nonpsychoactive form of cannabis, advertise and package their products. But the regulators have mostly addressed cannabis influencer marketing as they would any paid endorsement on social media.

The FDA’s most recent statement on cannabis marketing, which was updated last week, said “the agency is committed to protecting the public health while also taking steps to improve the efficiency of regulatory pathways for the lawful marketing of appropriate cannabis and cannabis-derived products.”

The FTC has focused on ensuring that any sponsored posts are “clearly and conspicuously disclosed” — its standard for all categories of influencer-based advertising — leaving questions of federal legality to the Department of Justice, said Sandy Lynskey, a lawyer who works in the advertising and cannabis, CBD, and hemp practices at the law firm Mac Murray & Shuster.

“If an endorser is compensated in any manner, that needs to be clearly and conspicuously disclosed, according to the Federal Trade Commission,” she said. “It doesn’t need to be written, exactly, it could be something that is stated. Oftentimes what is clear and conspicuous can become subjective.”
And beyond the FDA, FTC, and DOJ, the platforms themselves have their own standards.

A Facebook spokesperson said Instagram did not allow the advertising, sale, or promotion — including paid influencer posts, product integrations, and affiliate links — of marijuana. The company does allow “marijuana-advocacy content, and dispensaries can also promote the use and federal legalization of marijuana provided that they do not also attempt its sale.”

When their accounts aren’t deactivated, cannabis influencers are well-compensated for sponsored posts and affiliate sales

While influencer marketing of cannabis falls in a regulatory gray area, some brands are happy to test the waters with popular creators in the category.

The US marijuana industry generates billions of dollars in sales annually, and cannabis brands are paying influencers handsomely to promote their products on social platforms.

“I used to be in accounting,” she said. “I was doing that, and then I got a job offer to help out with trimming plants. At the time it was very illegal, and I just wanted to keep it super low key.”

In addition to working part time with a marijuana grower, Garibyan started posting cannabis content online and launched her Trippy Treez Instagram account in March 2016. She discovered she could earn a living from promoting and reviewing cannabis products and quit her accounting job to work full time as a cannabis influencer.

Like Anjela, Garibyan often finds herself under the scrutiny of Instagram’s content policies. She said her account was shut down for two months in 2018 and deactivated twice for shorter windows in 2019.
“2019 was a really bad year for cannabis users,” she said. “Everyone was deleted left and right. I know a lot of YouTube users got removed, but almost all of them got their pages back.”

While Instagram has recently become an important platform for cannabis influencers to reach new audiences, YouTube has long been a destination for marijuana creators looking to connect with fans.

Alex Arav began posting cannabis content on YouTube in 2011. He runs the account Lex Blazer, a verified YouTube channel with 168,000 subscribers that discusses cannabis culture, horticulture, and “legal developments/science around the plant,” according to the channel’s description.
“Initially I saw that there was nobody who was creating half-decent cannabis content on YouTube, especially in the horticulture segment of it,” he said.

Arav lives in British Columbia, Canada, where recreational cannabis is federally legal. But he said he still had his account deactivated at various points by YouTube and other social platforms.
YouTube closed his account in 2013, but he was able to reactivate it in 2014, he said. The platform frequently suspends his account for community-guideline violations related to his cannabis content, blocking him from uploading videos for weeks at a time, he said.
The company also decided not to award Arav the Silver Creator Award plaque, an honor given to creators who pass 100,000 subscribers. “Creator Awards are given at YouTube’s discretion, and only to creators that follow the rules,” the company told him in an email reviewed by Business Insider.

YouTube’s policy says it will “only recognize creators who follow our guidelines” and “reward creators who keep their accounts in good standing without copyright strikes or violations of YouTube’s Community Guidelines or Terms of Service.”

YouTube allows content that depicts cannabis use but applies age restrictions so videos are accessible for users above the age of 18 only. The company doesn’t run advertising on cannabis videos and will remove posts that feature “hard or soft drugs” that appear to have the goal of selling them.

Arav earns revenue from promoted content on his YouTube videos. He charges between $500 and $600 dollars for a sponsored product review and between $300 and $350 to include a “brought to you by” message from a brand at the start of a video. His account was demonetized for Google-placed ads — the way many YouTube influencers earn a living — because of the company’s policies around cannabis content.

“Other channels within my size range could make a couple thousand dollars if they’re ad-friendly,” Arav said.
“It’s actually been pretty crazy for various cannabis creators because YouTube has very unclear rules on this type of content,” he said. “My content is more educational. More about horticulture rather than stoner-type topics. YouTube has some allowances for educational-type content.”

Because he knows his account could be shut down at any time, Arav doesn’t rely on YouTube as his sole source of income. He posts videos on cannabis-friendly platforms like TheWeedTube, makes money trading stocks, and works casually as a commercial grower in British Columbia.

Diversifying into other revenue streams is important for cannabis creators who work full time as influencers
Because YouTube and Instagram deactivate cannabis accounts regularly, many creators in the space have found ways to earn revenue that do not involve the social platforms.

Arav earns about a third of his internet-based revenue from affiliate links to cannabis-centric products on Amazon. He set up an affiliate seller page, Lex’s Choice Grower and Head Shop, that he links to on his YouTube channel. Arav also runs a Patreon account on which subscribers can pay for one-on-one consultations about cannabis horticulture, and he makes a small amount of revenue from merchandise sales.

Garibyan said she was using her Trippy Treez’s fame to launch a CBD skin-care brand in the coming months. She also does social-media consulting for brands.

Anjela has moved beyond posting sponsored content on her Koala Puffs accounts to building a diversified business that includes touring and events, her own line of CBD gummies, and gigs in music and film — she was recently cast in a new comedy movie, “4/20,” and is releasing a single, “Smoking By Myself (feat. MacDizzle),” later this year.

“I’m in this for the long haul,” she said. “I have really big goals for businesses that I want to open, and it’s all long term.”

Who is your favourite South African cannabis influencer? Comment below.

Prince of Pot in South Africa. 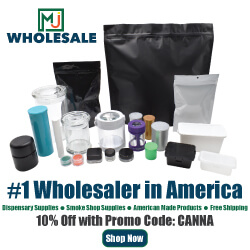